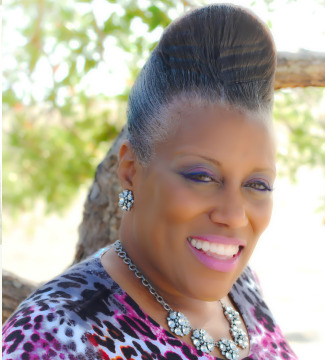 Armed with a Bachelor’s degree in Finance and Business Economics, and strong desire to succeed in Business, Karen Ferguson would launch a career in Information Technology in January 1984. Then a pastor’s daughter, later a pastor’s wife, she was content with providing moral support to the leaders in her life, while she continued working in a lucrative industry. The pastorate was not something to which she’d ever given serious thought. With the home-going of our founder, Matthew Barnes, in February of 2006, it soon became clear that God had other plans.

Pastor Karen assumed oversight of the Abundant Life Church of God in Christ just after the death of her husband. Being led of God, she and the congregation realigned under the bishopric of Dr. Curt L. McKay in August 2009, thereby becoming the Abundant Life Non-denominational Church. We have undergone not just an organizational change, but a paradigm shift. We began placing greater emphasis on “being the Church, the Body of Christ”, rather than simply “coming to church, a brick and mortar building.” Outreach ministries have expanded to include weekly Bible Studies at the Ybor City Nursing Home, as well as monthly worship services at the same location; monthly teaching and preaching at the Hardee County Correctional Institute for men; weekly outreach at the Hillsborough County Juvenile Detention Facility; Homeless Ministry at the Salvation Army; bi-weekly community outreach in West Tampa; and a 24-hour prayer line which runs six days a week. Most recently, an additional branch of the ministry has been launched, the Back on Track Empowerment Center, Inc, for which bi-weekly trainings are now underway.

Pastor Karen believes that in addition to serving in some capacity inside the house of worship, each member is to enlist in some form of outreach aimed at advancing the Kingdom. As God adds to our numbers, the number of outreach opportunities is sure to increase.

Further, she understands that our Lord’s commission to evangelize involves both preaching and teaching. (Matthew 28:19; Mark 16:15); for it is the preaching of the gospel that brings men to saving faith, and the subsequent teaching that instructs men and women, bringing them to the point of maturity, so that they too are equipped to do the work of ministry, and advance the Kingdom of God.

Pastor Karen herself believes in being continually equipped for ministry. Since pastoring, she has been blessed to earn a Bachelor’s degree in Theology and a Master’s in Pastoral Theology from the Grace and Truth Christian University. With the completion of her dissertation in June 2012, she will also have earned a PhD in Christian Counseling, which is now and which will continue to be a blessing to the Body of Christ. To God be all glory!

A great joy of Pastor Karen’s life is her only child, a son, Michael Quinton Barnes, who now resides in Tallahassee, Florida, where he pursues studies in both Business and Psychology. She is thrilled to have him sitting beside her today.